The amazing score for the movie “Evilenko” (directed by David Grieco, 2004) reveals the dark psychology of one of the most dreadful serial killers in history: Russian Andrei Chikatilo a.k.a. The Monster of Rostov. The album includes two different versions of the evocative “Angels Go To Heaven” theme, with the extraordinary participation of vocalist Dolores O’Riordan (The Cranberries) in an unexpected, magic collaboration.

Angelo Badalamenti is one of the most brilliant contemporary film music composers. His prolific collaboration with director David Lynch started in 1986 with the movie “Blue Velvet”, evolved into an incomparable, artistic, aesthetic and conceptual osmosis.

Badalamenti reached his popularity with the soundtrack for “Twin Peaks”, Lynch’s renowned TV series which returns for a long-awaited new season in 2017. 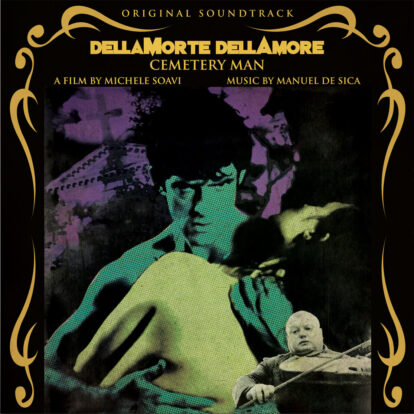