Composer: Joe Hisaishi Label: Studio Ghibli Records Catalog number: TJJA-10033 Origin: Japan Released: 2021
Expected to ship in 1-3 business days. Please note that we will ship the records together once all items in the order are in-hand and ready to ship, including pre-order products. Have questions? Please check our FAQs.

The soundtrack to Studio Ghibli’s 2013 anime ‘The Wind Rises’, composed by Joe Hisaishi who also conducted the Yomiuri Nippon Symphony Orchestra throughout it, now arrives on double vinyl. Including the theme song ‘Hikouki Cloud’ by Yumi Arai, the use of folk instruments such as the bayan and balalaika make it one of the most sumptuous Ghibli scores.

The final masterpiece from Academy Award®-winning filmmaker Hayao Miyazaki (Spirited Away) comes a spellbinding movie beyond compare. Jiro dreams of flying and designing beautiful airplanes, inspired by the famous Italian aeronautical designer Caproni. Nearsighted and unable to be a pilot, he becomes one of the world’s most accomplished airplane designers, experiencing key historical events in an epic tale of love, perseverance and the challenges of living and making choices in a turbulent world. 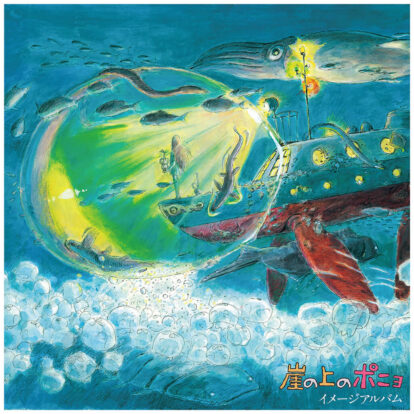